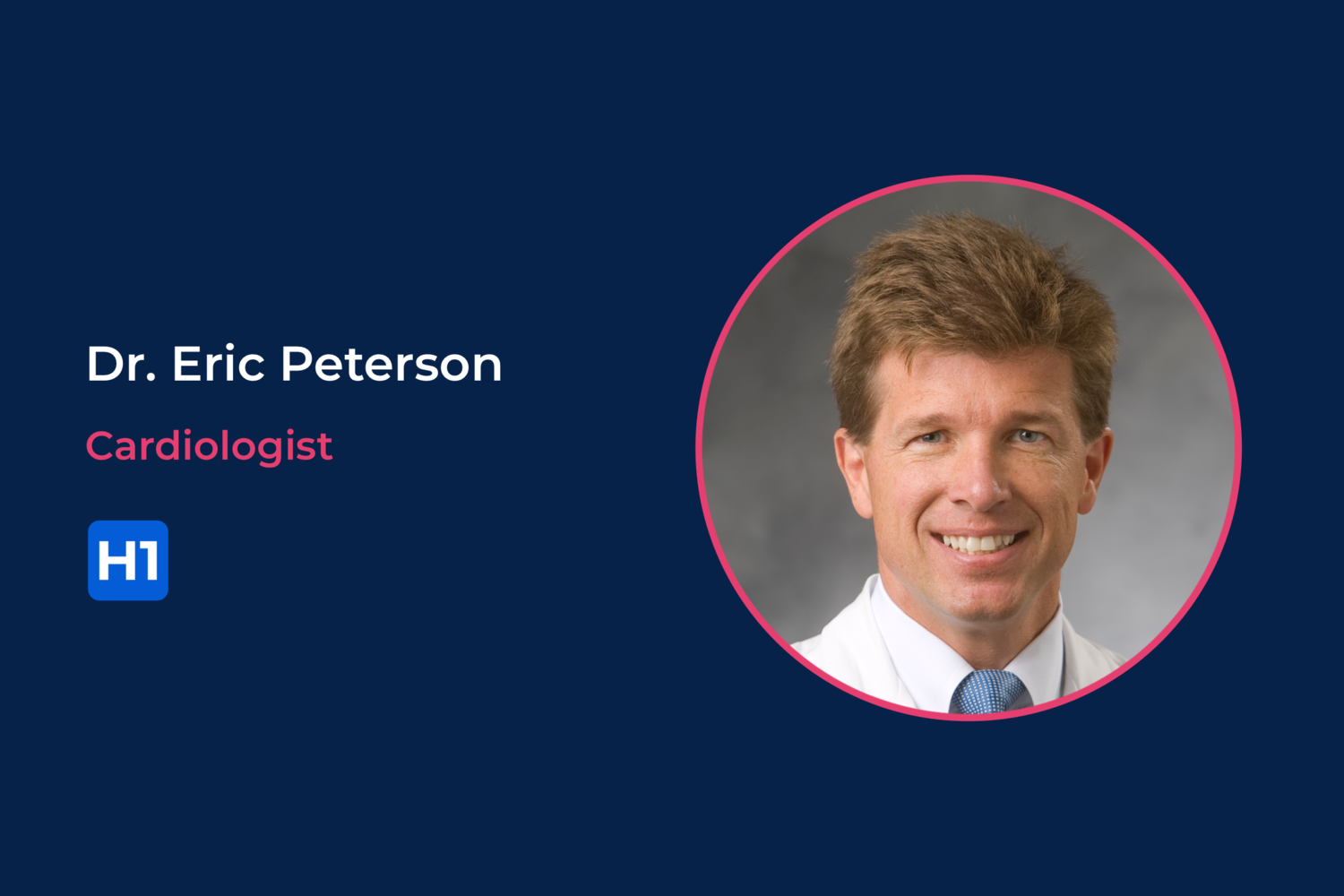 Dr. Peterson received his Bachelor of Arts at Northwestern University in 1984, then continued his education at the University of Pittsburgh School of Medicine with a Doctor of Medicine (M.D.) in 1988. He then attended Harvard University to obtain a Master of Public Health (MPH) with a special emphasis on biostatistics, health economics, and decision analysis. He has been with Duke University School of Medicine since 2004, when he became the Vice-Chair for Quality Department of Medicine, and is now a Professor with tenure in their Division of Cardiology.

Dr. Peterson’s research and clinical trials are some of the most highly cited publications in the medical world, making advances to close disparities for less fortunate patients, and provide health information in formats that are relate-able for all patients. Two of his most recent studies are listed below, it is important to note that the VIVID trial is still underway, and we look forward to reading the findings of this study once they are available.

Videos to reduce racial disparities in ICD therapy via Innovative Designs (VIVID) trial was started due to the fact that black individuals are less likely than white individuals to receive an implantable cardioverter-defibrillator (ICD) implanted, even though they have a higher prevalence of sudden cardiac death (SCD). Dr. Peterson and his research team believed that with the proper decision support, treatment-related uncertainty could be reduced, and patients of all racial backgrounds can make better-informed healthcare decisions.

The study will randomize 350 black participants who have a primary prevention indication for an ICD to a racially concordant or discordant video-based decision tool or to receive typical care. The decisions made after receiving video information to help in healthcare decisions are being evaluated to study the efficacy of providing video information to patients to prevent healthcare-related disparities due to race.

Conclusions have yet to be released, as the study is still ongoing.

Guideline-directed therapies for comorbidities, and clinical outcomes among individuals with atrial fibrillation

Patients with atrial fibrillation (AF) commonly have comorbidities that affect prognosis, but often go undertreated. Rates of use for guideline-directed therapies (GDT) for comorbidities with AF and their outcome associations have not been well described as of yet. This clinical investigation used the Outcomes Registry for Better Informed Treatment of AF (ORBIT-AF) to correlate associations between GDT for major adverse cardiac or neurovascular events (MACNE; cardiovascular death, myocardial infarction, stroke/thromboembolism, or new-onset heart failure, and non-AF comorbidities.

What researchers found is that only 33% of 20,434 patients received all recommended therapies, and the use of all comorbidity-specific GDT was highest in patients with hyperlipidemia, but lowest for patients with diabetes mellitus. In cases where GDT was followed, outcomes showed lower mortality and less progression of AF, showing that GDT should be followed for all AF patients to increase survival rates.

Dr. Eric D. Peterson is popular on Twitter, and recently spoke in Beaver Creek about his insights on Twitter. Colleague Brian Kolski, MD, stated the bottom line from his presentation was, “Twitter is not a replacement of medical journals.”

Dr. Peterson shares his research findings on Twitter, and is commonly cited on the social media network. Many of his recent tweets show a celebration of other researchers, and congratulating wins in research.

Dr. Peterson has received a myriad of awards and honors since 2008, and is one of the most highly cited researchers in the world, according to Thomson Reuters.

H1 celebrates the success of Dr. Eric Peterson’s research in patient outcomes for cardiology patients, and recognizes his research touches on the lives of all patients. We hope to see him continue to improve patient care standards, and provide his insight to a new generation of medical professionals and healthcare providers.

Trusted by the top Medical Affairs companies in the world, H1 has the most accurate and most updated data in healthcare today.

Payor Type: Understanding How Patients Receive Care and Who Pays for it